Newsjour is operated by UOBIS. We are registered in Nigeria and have our registered office at Wuse Zone 6, Abuja. Newsjour’s Data Protection, Privacy Policy and Service Level Agreement ("Terms") govern your use of our website and the services provided by Newsjour. In the event of any conflict between the service level agreement, the data protection and security policy, these Terms of Service shall prevail.

Newsjour is an independent and aggregation news platform. The platform is fully automated to, and has been built to seek out, your latest news, across various platforms, for ease and convenience. We seeks no monetry payment of the sort for links featured on our site. Its a simple work of art and intuition to aid readers like ourselves and everyone out there, who may also have trouble sorting through the pile of data/information on the internet. Newsjour includes links to free-to-web articles thus driving value to various many incredible publishers.

Newsjour, meaning “news day” or “news daily is coined from the words "news" and "jour".

"News" - which is information about current events. This may be provided through many different media: word of mouth, printing, postal systems, broadcasting, electronic communication, or through the testimony of observers and witnesses to events. 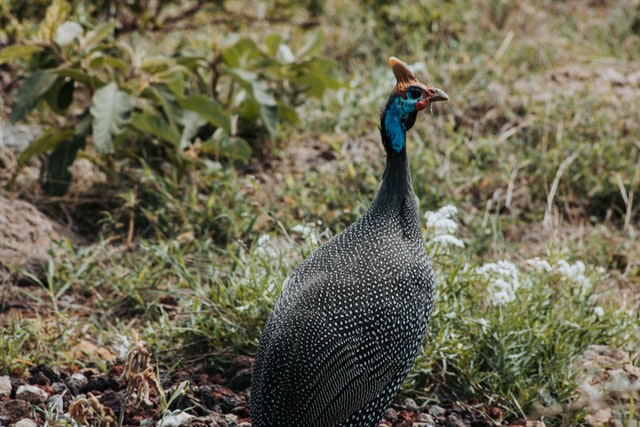 The domesticated Guinea Fowl, is a very vocal bird originating from one of several wild species on what used to be called the Guinea Coast (hence the name) of West Africa. Although some sort of Guinea Fowl are said to have been held in domestication by the ancient Egyptians (about 1475 BC), Greeks (about 400 BC), and Romans (by AD 72), these later died out in Europe. The ancestors of the domesticated Guinea Fowl we know today were introduced into Europe during the late fifteenth century, and from there, particularly from Great Britain, the breed was taken by colonists to many other parts of the world including North America.They are also known as Guineafowl (one word), Tufted Guinea Fowl, and Helmeted Guinea Gowl. Several colour variants are recognized.

The 1912 Standard Cyclopedia of Modern Agriculture noted that the number of Guinea Fowl kept (in Great Britain) was comparatively small due to the demand for their meat being restricted to a few weeks very early in the year “between the game and chicken seasons” and because they had the reputation of being amongst the most ill-tempered of all poultry breeds, making them difficult to keep with other birds.

Present-day breeders, however, often keep them with other poultry and do not appear to experience any such difficulties, and there does now seem to be a steady demand for their meat – which has more flavour than “chicken” meat – in a niche market.

There is a report that missionaries introduced Guinea Fowl into New Zealand at the Bay of Islands – this would have been in the first half of the nineteenth century – but better substantiated is a number of these birds being imported from India in the early 1860s by the Canterbury Acclimatization Society, some of which were sent on to Nelson in 1864. Other introductions followed, and although most Guinea Fowl are kept under domestication, feral flocks have been reported in the North Island. In the North Island too, comes an account of Guinea Fowl “attacking and beating off” hawks from taking their young.